All of us here at Forgotten Studios would like to welcome you to this short introspection into the Forgotten Metaverse.

Our aim is to combine Business and Gaming into one platform that will allow you, as players, to earn money while activating on the Forgotten Metaverse.

We took our inspiration from the real world and we will allow players to transform their in-game progress into conventional currency by creating an active economy, backed by our own coin, which the community helped us name: FTC ( Forgotten Coin ). FTC can be earned performing in-game activities or by owning a business offering services that players need to unlock additional areas of the Metaverse.

Where the interesting aspect of the Metaverse comes, is that most of our in-game assets also have a “physical” counterpart in the form of an NFT. Every asset will be represented by an NFT that can be upgraded and transactioned between players.

Their value comes from the visual aspect of it, acting as a piece of art that you can proudly say you own. But more so than the visual aspect, each NFT comes with benefits provided in-game, such as additional Health, Extra Stamina, Extra Damage, etc.. fast-tracking the process through which you earn FTC in the Metaverse.

Our first installment in the Forgotten Metaverse is “Forgotten Chain”. A MMORPG set in a Fantasy Medieval World that will have a world split into three kingdoms, Taria, Drakary and Xaetha, always in conflict over power and land. The world is one filled with mystical energies, dangerous creatures and always in need for a new hero to rid the world of its dangers and bring his kingdom to the top.

Choose the kingdom you will fight for and start bringing glory to your banner!
If you are wealthy enough, you can be a true Lord and invest FTC to own a piece of Land, in one of the three kingdoms that we’ve created. Besides the fact that Land is also an NFT, owning the land gives you the right over the resources produced by the land, which you can share with other players and earn FTC passively, or keep the resources for yourself to earn a bigger profit.

Besides Land, which earns you only from basic sources, you can buy yourself a Village or a City. These will allow players to open various business that offer different services for players. All these services cost resources and FTC. As the lord of the lands, you will get a share of these profits, allowing you to earn great amounts of FTC passively.

Why you should join now

We’ve recently passed the early stages of the project development, and while we feel this will be an ongoing development process, as we are an ambitious team and want to grow this project to the biggest level that we can, we still want to reward our early supporters. So, for the initial sales, we will have HUGE discounts, meaning that you will be able to acquire items at a cheaper price as an early bird than someone that will join after the project has already grown and proven its worth.

In addition to this, we will release limited collections, meaning that the first players buying in will have unique items that will provide unique bonuses that will only increase in value as time passes. You can choose to hang on to these items and show off your status as an early founder and more players that join later will pay huge amounts of FTC to own your exclusive item.

Keep in mind that FTC will only raise in value as more player will join and start transactioning, so being one of the first players buying the FTC at the price of 0.03$ will guarantee you a win just by owning the coin, without ever investing time in playing the game to earn more. 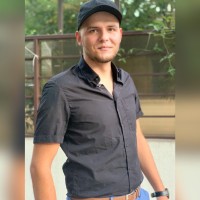 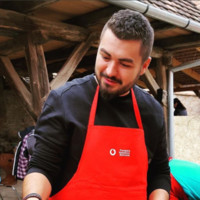 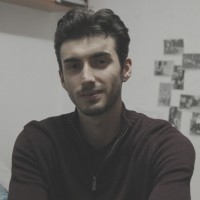 Add your rating for Forgotten Chain: